If you fall, I will catch you, I’ll be waiting
Time after time

If you fall, I will catch you, I will be waiting
Time after time

Let’s play a game, and let’s call it The Rip Van Winkle Game. Most of you will remember the story, by the early American author Washington Irving, about a man (Rip) who goes hunting in the Catskills to get a little “alone time” and promptly falls asleep for 20 years. Adventures ensue.

So here is the game: I’m going to pick some dates from the past 20 years, and I’m going to put you to sleep for those periods of time, and then when you wake you back up, I am going to show you the point-to-point total return performance of the S&P 500 Index. Let’s start in recent times and work our way backward.

First up: From March 6, 2020 until May 12, 2020, a period of a little more than two months, covering a sizeable chunk of the current coronavirus disruption: 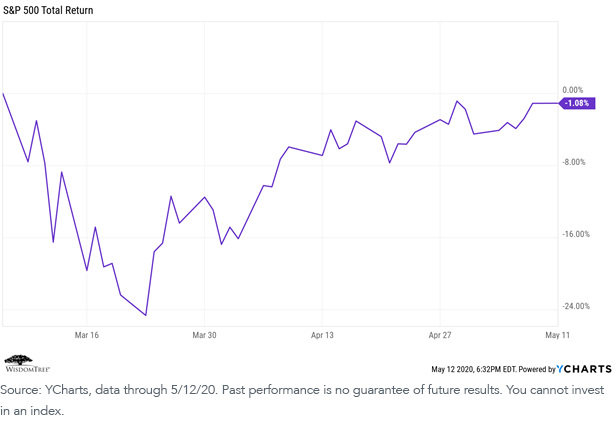 Next up, we’ll go a little further back, this time from September 30, 2018 until March 31, 2019—almost exactly six months—a time when many investors panicked because they thought the Federal Reserve (Fed) was going to take away their “liquidity punch bowl”: 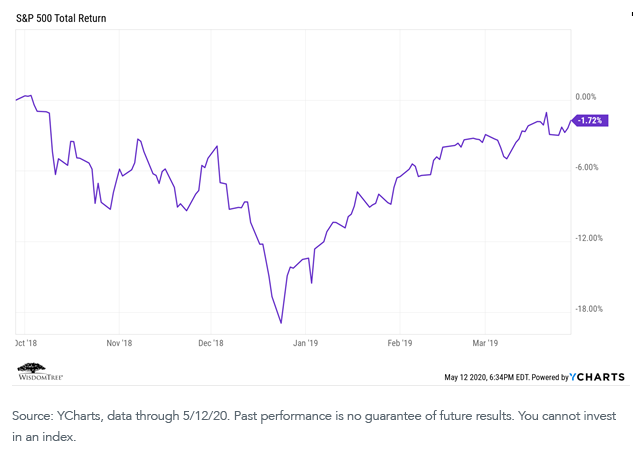 Now (though we could play this game all day), let’s look back at another “nap,” from June 30, 2006 until September 30, 2010—a period of just more than four years leading into and then back out of the great financial crisis (GFC): 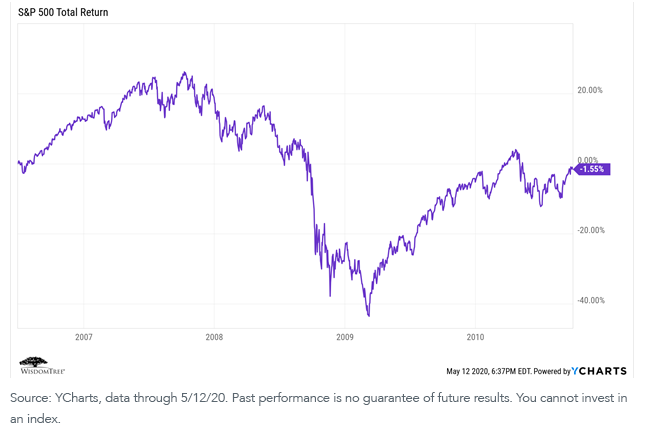 And, just for fun, let’s look at the market performance over the last 20 years—the same amount of time as Rip slept. Here is that performance from May 12, 2000 until May 12, 2020 (keeping in mind that the early years included both the tech bubble crash and the horror of 9/11: 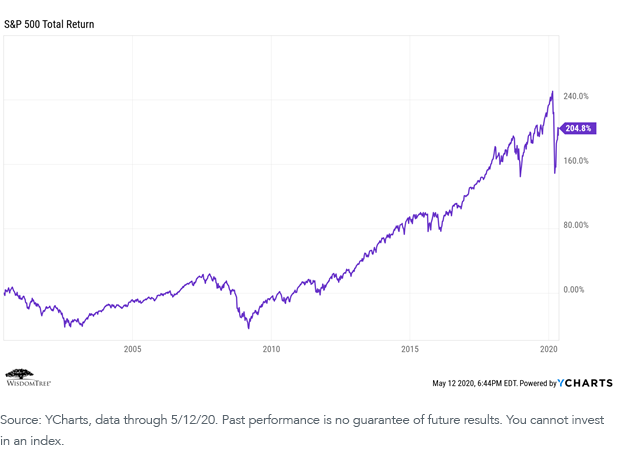 Yep, if old Rip had invested in the stock market 20 years ago and then set out for the Catskills, he would have awakened recently to see that his investment had gone up more than 200%!

I suspect everyone gets the point. Life can feel pretty rough when you are in the heart of a disruptive period. And we certainly are in one right now.

But we always find it helpful, when feeling despondent or nervous, to extend our time horizon. Those of you who lived through the GFC remember all too well that it felt like things would never get better.

But they did, and, ultimately, the only people who lost out from an investment perspective were those who bailed out of the market and then didn’t get back in because they had become afraid and abandoned their long-term financial plan.

We don’t know when this current crisis will end, but we do believe that it will. Markets go up and down, and sometimes the best investment opportunities are when it feels the scariest. But we believe in the long-term potential of the global economy, global markets and the enduring human spirit. We will figure this out.

In the meantime, what we are hoping for most right now is that this current pandemic-induced “nap time” doesn’t last too much longer. We’ve had enough sleep for now, thank you very much.