We have all seen the headlines and heard the anecdotes about industries from construction to restaurants to accounting being in desperate need of workers.

With the labor shortage so well known by so many, it’s hard to conceptualize empty spots on the proverbial assembly line.

But it’s time to do just that.

Taken at face value, the Fed’s 4.4% unemployment forecast for 2023 looks like one of those figures that you come back to 365 days later and scratch your head. We see considerable upside risk to that number.

Both the Philadelphia Fed General Business Activity Index and the Chicago PMI Barometer took another tumble in November. These are, for all intents and purposes, telling us that the economy is in a recession right now. It is hard to conceptualize a three-handle or a four-handle persisting on unemployment amid the waterfalls in figure 1. 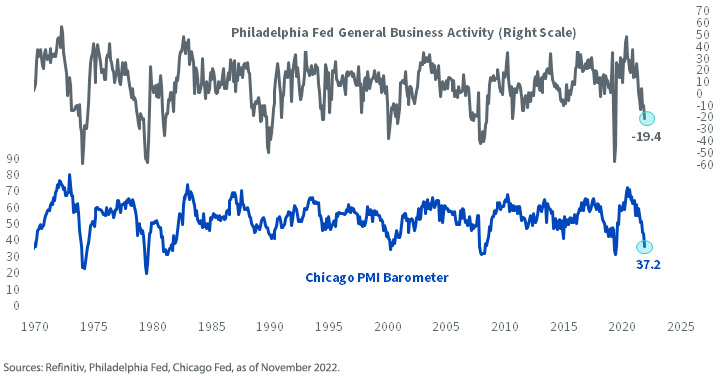 Granted, the U.S. still has a near-record 10.3 million job openings posted, so there is no doubt we have a nice buffer in the event we catch trouble in 2023.

Nevertheless, it is a reasonable base case to anticipate capacity utilization rolling over right about now, owing to the Fed being in what looks like the 11th hour of its tightening program (figure 2).

Figure 2: Capacity Utilization May Be Topping 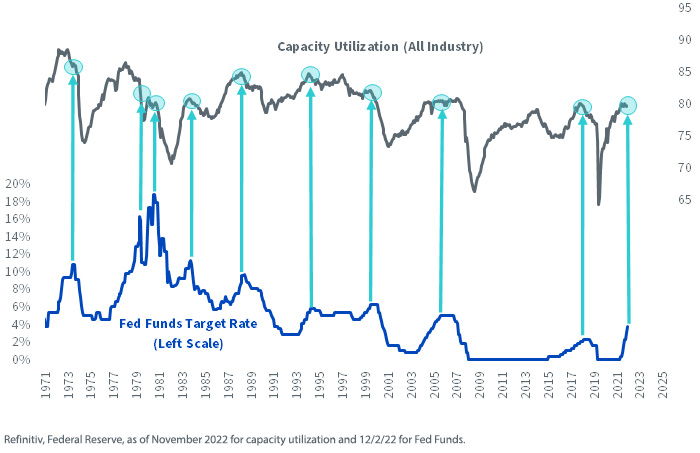 In attempting to determine how much slack is on the docket, you always want to figure out if the Chinese consumer will be playing along. Because of China’s never-ending “zero COVID” policy, sentiment there is in the basement (figure 3). 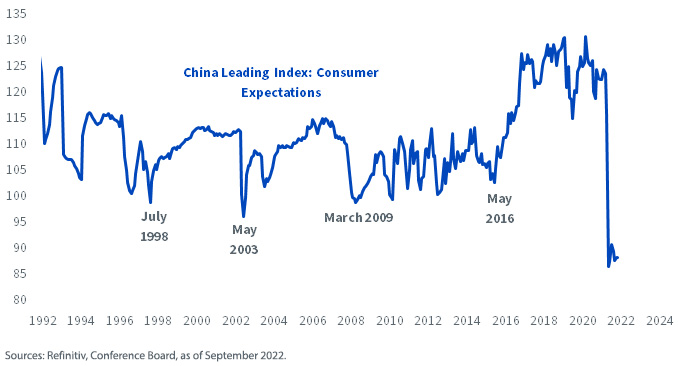 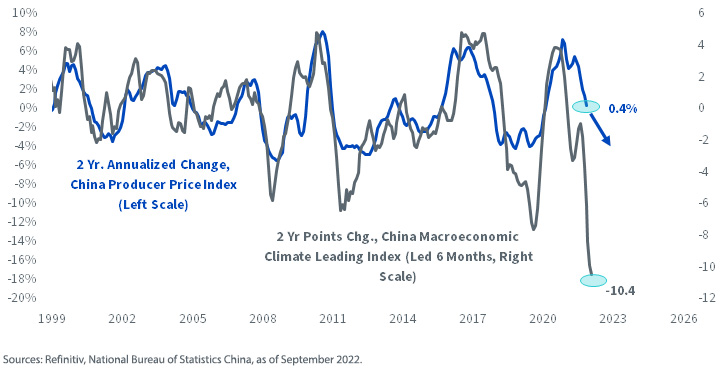 Finally, some fodder for “Team Transitory,” who prognosticated that the inflation spike would last just a few months before fading away. While the massive monetary expansion of 2020 and 2021 was so off-the-charts that it should still be respected, I would be remiss if I didn’t point out that it is now in outright decline.

The 1.06% fall in M3 money supply in the six months to October is an unprecedented reading in a series the OECD has tabulated back to 1959. 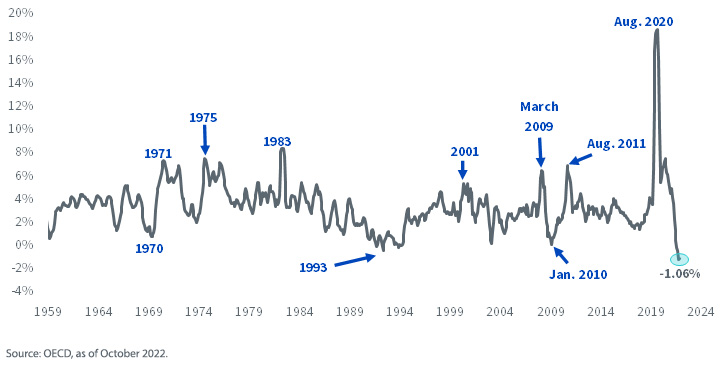 For the pain already meted out on stocks in 2022, it still seems some surprises are in store economically.

Using MSCI’s characterizations, which call for placing Energy in the defensive basket, the differentials between the two WisdomTree strategies and the S&P 500 are even more stark.

Notice specifically the several percentage point gap between WisdomTree’s weights in Consumer Discretionary and those in the S&P 500. If we get around to late 2023 and the labor market is blowing through the Fed’s 4.4% unemployment rate forecast, I think that will take people by surprise. I speak to a lot of people in this business daily, and a lot of them are completely content forecasting something like mid-4s on the 2023 unemployment rate.

I suspect they are underestimating the possibility of labor market deterioration.

Figure 6: Defensive and Cyclical Exposures, WisdomTree vs. the S&P 500 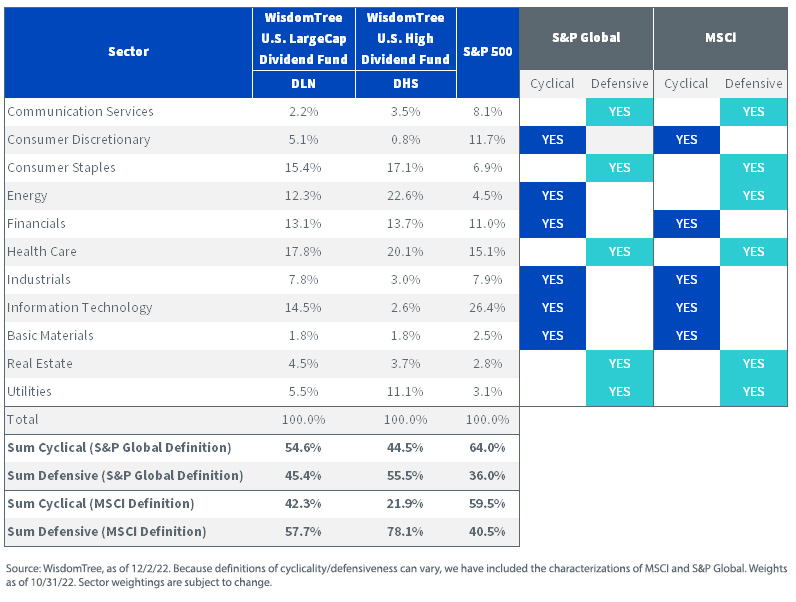 This is not a market for heroes.

I have this itchy notion that we can’t end this bear market with an unemployment rate hanging out at 3.7%. Not after the wanton speculation of the 2009–2021 bull.

DLN and DHS provided a hedge in 2022. I’m fine staying the course with them in 2023 as the investing public reassesses risk amid what I believe will be a rolling over in the U.S. jobs market.

There is no guarantee that any strategies discussed will work under all market conditions. This material represents an assessment of the market environment at a specific time and is not intended to be a forecast of future events or a guarantee of future results. This material should not be relied upon as research or investment advice regarding any security in particular.