A Turning Point for Emerging Markets

Positive developments for vaccines offer hope for the ultimate reopening of the global economy in 2021 and are causing many to look for the much-awaited “rotation” into value strategies. In one example of this value rotation, emerging market equities have outperformed the U.S. by more than 600 basis points (bps) since early September.

By a number of measures, WisdomTree’s lowest-valuation and most value-leaning Indexes can be found in emerging markets.

At the end of October, WisdomTree conducted the annual rebalance for its dividend-weighted emerging markets Indexes.

The first two steps—selecting a liquid universe of companies and filtering for dividend payers with positive trailing earnings—is unchanged from last year’s reconstitution.

New to these Indexes this year is an enhanced risk screen to remove the riskiest dividend payers from the starting universe.

This additional screen adds a quality tilt to the value factor and mitigates exposure to companies most likely to cut or suspend their dividends, which tend to lag the market. 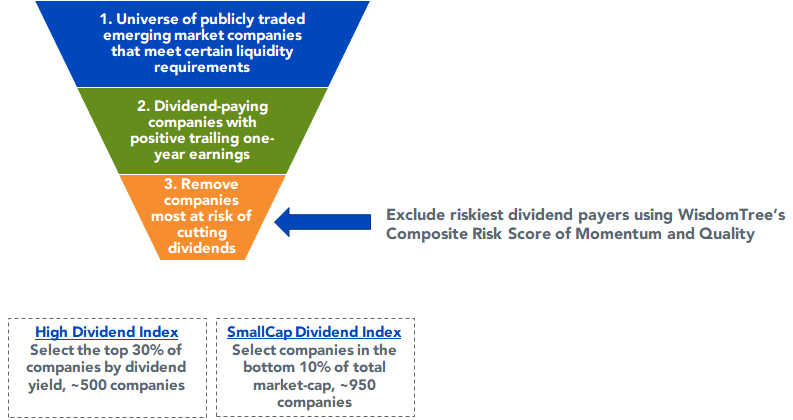 The byproduct of Dividend Stream weighting is a tendency to “sell your winners and buy your losers.”

The table below shows a simplified example of changes to a company’s dividend and stock price during the year and whether weight is increased or decreased to that company at rebalance.

If we look at the green box, a flat (or unchanged) dividend accompanied by an increase in stock price during the year would likely see a decrease in weight (selling).

For the scenario in the blue box, a company that was down during the year but had a flat dividend would likely have weight increased (buying).

If we made the simplified (but inaccurate) assumption that dividends today were roughly in line with last October’s rebalance, we would expect the Index to increase weight to the sectors that lagged and reduce weight to those that outperformed.

When we look at the 12-month performance of EM equities between Index screening dates, that would mean trimming exposure to the outperforming growth sectors and adding exposure to lagging value sectors. 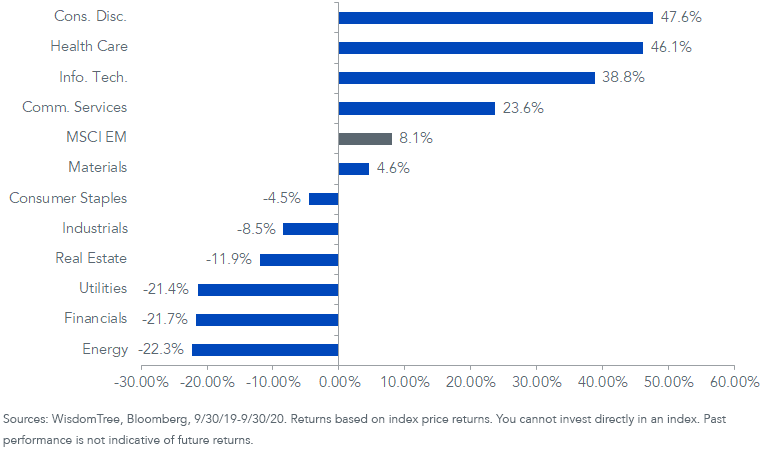 Between the two Indexes, there are a handful of notable sector weight changes from the rebalance. 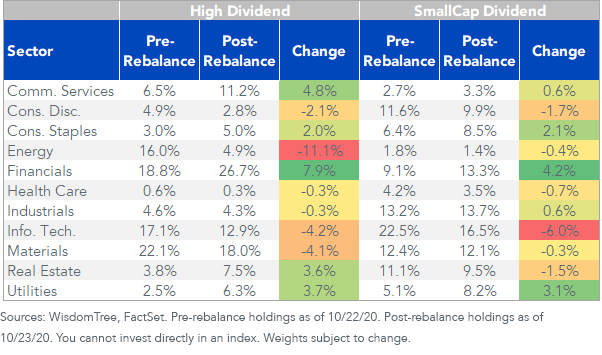 Country-level changes were more modest than with sectors. Each Index’s rule around 25% country caps drove reduced weights to Taiwan in both Indexes. Because there is a rule for an additional 5% weight to China domestically listed A-shares, the China cap is effectively 30%. 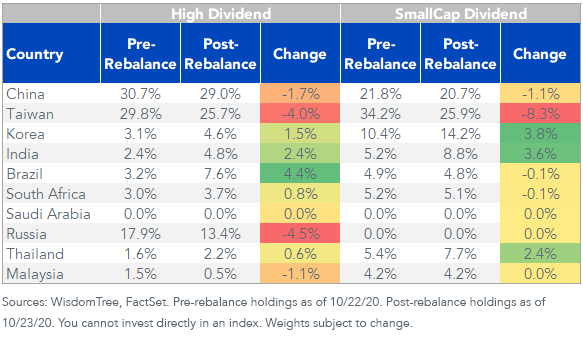 After the rebalance, there is a significant pickup in quality factor exposures for both Indexes from removing the riskiest dividend payers.

In our factor-exposure scorecard below, each category—"Good,” “Okay” and “Bad”—contains roughly a third of the total market cap of emerging market equities. Tilts away from the market across these categories indicate how an Index taps into these different factors.

What’s notable is that each Index significantly increased quality exposure without sacrificing its distinct value tilts (each has significantly greater than 33% of its weight in “Good” value). 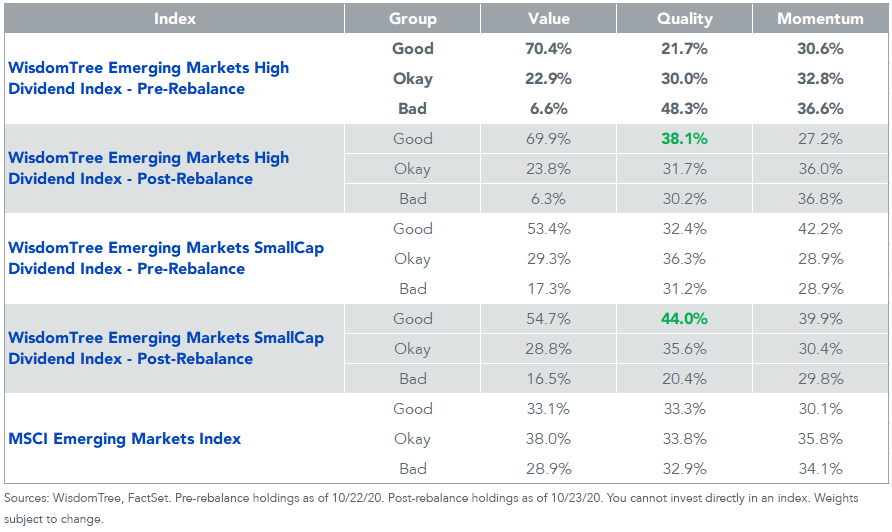 These factor tilts are confirmed by what we see in the Index characteristic pre- and post-rebalance. Both Indexes have roughly the same dividend yield, a lower price-to-earnings ratio and a slightly higher price-to-sales ratio. And each Index has significantly better profitability metrics.

We understand many investors may have significant “home country bias” reflected in their portfolios as a byproduct of years of U.S. outperformance. While it’s impossible to time turning points for when international equities may outperform, perhaps a more trade-friendly White House and a global economic recovery in the years to come may make that turning point arrive sooner rather than later.