A Simple Yet Effective Approach to Emerging Markets 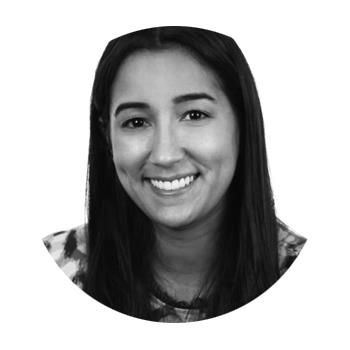 Sometimes investors have the right idea but the wrong approach to investing in emerging markets equities.

Why does it seem like emerging markets equities have yet to emerge?

It Starts at the Top Line

Part of emerging markets underperformance can be explained by the prevalence of state-owned enterprises (SOEs)2.

SOEs must make strategic decisions that satisfy the objectives of both government and independent shareholders. Conflicts of interests often arise and SOEs are obligated to advocate for a broader set of interests than maximizing shareholder value only.

Drawing on WisdomTree research, we conclude that SOE exposure has been a meaningful headwind to MXEF’s performance.

Investors may be disappointed to discover that their emerging markets allocation includes significant exposure to SOEs. The good news is there is a way to achieve broad-based emerging markets exposure without the drag from SOEs.

The WisdomTree Emerging Markets ex-State-Owned Enterprises Fund (XSOE) provides a solution for the principal-agent problem in emerging markets countries by only investing in companies with less than 20% government ownership.

Since its inception in December 2014, XSOE has returned 6.65% annually and outperformed MXEF’s return of 5.53% by approximately 112 bps3. Please click here for standardized performance.

Over this period, MXEF has held about a quarter of its weight in SOEs, which has generated an annual return of 2.81%. The remaining three-quarters of MXEF’s weight in non-SOEs has returned 6.65% annually.

The thesis for investing in emerging markets equities is that favorable demographics and long-term consumption trends will sustain growth. Investors expect companies in these countries to generate robust top-line revenue growth.

Our research confirms that revenue growth in emerging markets (MXEF) has been stronger than in the developed world (MXWO), but it challenges investment strategies that do not control for SOE exposure.

Strategies with significant SOE exposure have failed to fully capitalize on the growth potential of emerging markets economies.

When calculating the trailing weighted average revenue growth of XSOE and MXEF, based on current weights and constituents, we found that XSOE’s revenue growth outpaced MXEF by at least 250 bps annually.

A key driver of the result was XSOE’s overweight allocation to the Consumer Discretionary sector. XSOE’s 5% overweight to the sector is not surprising—SOEs tend to be more concentrated in sectors like Financials, Energy and Materials. Removing SOEs tilts XSOE toward “new economy” sectors that are positioned to take advantage of a growing middle class and increased domestic consumption.

For example, XSOE has typically had more exposure to companies like Alibaba4, which derives most of its revenue from Chinese retail commerce and has generated an approximately 45% annual growth rate over the last five years. In contrast, XSOE avoids exposure to SOE companies within the Consumer Discretionary sector, like Chinese automobile manufacturers5, which have recently suffered from declining sales.

As is often the case with companies exhibiting stronger growth characteristics, non-SOEs are typically assigned a valuation premium relative to SOEs. The median non-SOE company within MXEF is currently valued at 17.4 times forward earnings versus 11.7 times for the median SOE6.

At a forward price-to-earnings ratio of 17.7 times, we view XSOE as fairly valued relative to the non-SOE subset of MXEF. In aggregate, XSOE is valued roughly 3 forward P/E turns above MXEF, which we view as reasonable given that it is fully concentrated in non-SOE companies with the potential for higher growth. For definitions of terms in the chart please visit our glossary.

One of the primary risks in emerging markets is weaker corporate governance and transparency than in the developed world. Excluding SOEs from the investable universe can be a simple and effective way to not only tilt toward higher growth companies, but also reduce the potential risk of political influence.