China will be a headline in the U.S. for the coming decades, as its top strategic competitor. Let’s detangle various aspects of this competition.

First, politics is the elephant in the room. China’s political system is highly state dominated, but significantly less than it was 50 years ago when President Nixon visited. Understandably, many want to avoid investing in China for this reason alone.

We believe our non-state-owned strategy is still the best way to invest in any emerging market, not just China, and we look forward to having deeper discussions with you. If you are considering a benchmark Chinese equity allocation, the impact of politics and regulations on companies is unavoidable, in many ways similar to other emerging markets. But China will get more attention than most, just for the size of its economy.

I recently talked with Victor Shih and Dingding Chen on a recent episode of the China of Tomorrow podcast. Victor has a new book, Coalition of the Weak, that explains some of the patterns and logic behind Chinese politics. He made some predictions for the October party congress and explained the decline of the princelings in the Chinese communist party.

This presence of deep market economy and state power is a unique phenomenon. China will be a formidable challenge for the U.S. If U.S. understanding of China is just horror stories about state power, it may make people here feel good, but it won’t help the U.S. compete. 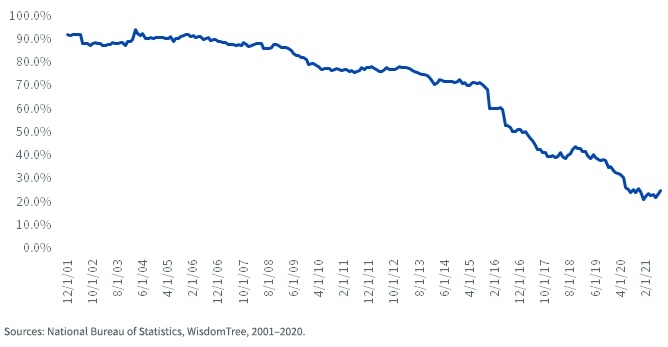 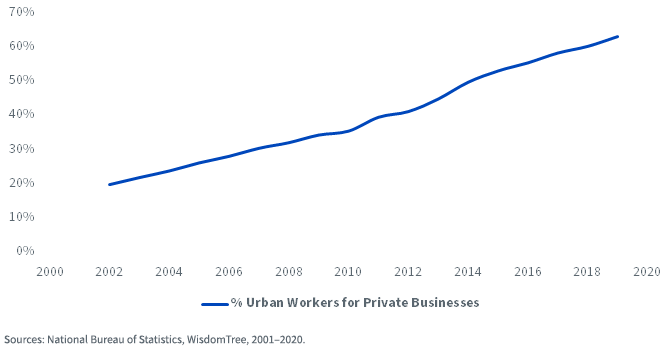 Second, China has its unique set of geopolitical risks. Following the Russian invasion of Ukraine, Chinese companies have mostly complied with U.S. sanctions and bought Russian oil. Its behavior has been like India’s, but as a main U.S. competitor, China’s behaviors are reported more critically. This should be a baseline expectation going forward, as a side effect of being the world’s second-largest economy.

Taiwan is another geopolitical risk. But I believe this risk is vastly exaggerated and exploited by the U.S., China and Taiwan, for domestic audience consumption. It’s a topic that unites the political base. China itself uses Taiwan to divert political attention away from domestic troubles. For now, President Xi’s political power is secure enough that it doesn’t need a preemptive war in Taiwan to shore up domestic support, making it a highly unlikely event.

The biggest geopolitical risk for China is how far and deep economic de-coupling with the U.S. will go. It’s clear the U.S. wants to decouple, and to an extent it already has.

The more China is decoupled from the U.S. economy, the easier it is for the U.S. to impose economic sanctions. However, it is also costly for the U.S. to decouple from China as it needs to invest in its own economy, face lower productivity growth and higher inflation. Recently, President Biden loosened solar panel imports from South Asian countries and promised no new tariffs on Chinese products. It’s no secret that Chinese capital is behind many of those South Asian products. This decoupling process will be a long-winding road and the outcome is uncertain.

Third, China’s economy. There’s disagreement about what China’s potential growth rate is for the next decade. Some pessimistic analysts put it around 3% annually. Some, like Justin Yifu Liu, put it closer to 7%. China’s central bank, PBOC, put it around 5%–6%. We still believe 4.5–5.5% is a good range for China’s 5–10-year growth potential.

China’s official GDP number is highly smoothed and its investment measurements unreliable. However, data like train and subway ridership, trucking traffic on national highways, daily congestion and many monthly and high frequency daily data usually offer a good assessment of the actual economy. Import and export data are also highly reliable as they can be confirmed by data from trading countries. Year-to-date, the Chinese economy is still likely running positive, bolstered by significant growth in Q1 before the Shanghai Omicron wave. 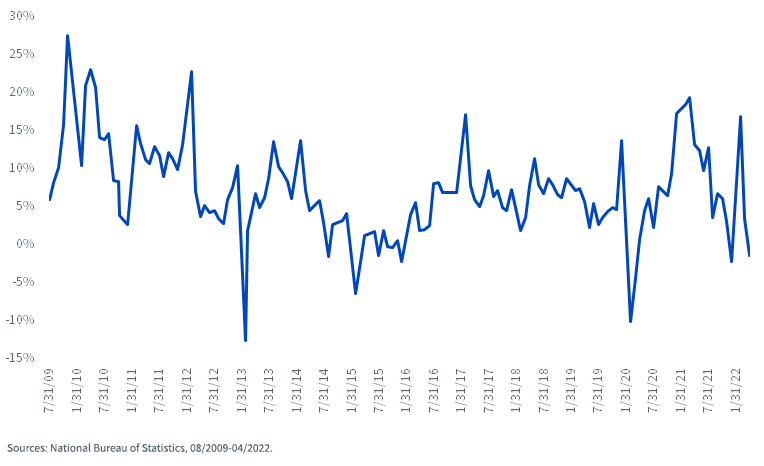 One couldn’t talk about China’s economy within the next two years without touching on China’s COVID Zero policy.

Several points about COVID Zero polices are ignored in the U.S. media. First, public support for COVID Zero was high, even after Shanghai, although that support is now lower. Second, public support for a vaccine mandate is not that high, which resulted in a low vaccination rate among the elderly. Third, it is politicized more this year, and the party and top leaders would prefer not to deal with headline death numbers.

Shanghai, even with the best medical resources in China, has about a 0.1% death rate. Thirty percent of Chinese infected would mean 420,000 deaths. Even if China uses more effective vaccines and magically achieves Singapore’s 0.04% death rate, that’s still 150,000 deaths, which is a headline President Xi does not want going into the most important political event of his era.

Thus, COVID Zero will continue and significantly constrain domestic consumption. The government will look and see how much China’s economy bounces back in next few months, then make decisions later.

However, I believe China’s final goal is still to live with the virus, given the rest of the world has lived with the virus. In the last three months, foreign visitors’ quarantine requirements have been lowered from 14 days to 10. We can expect that to change to seven soon. After Shanghai, the government finally got a sense of urgency in pushing for old age vaccinations, which should get to 90% or more for those aged 60 and up in next three months. All these point to slow but eventual re-opening.

Fourth, Chinese company earnings. The cold-hearted truth is the economy and company earnings are correlated, but not 100%. Main Street is not Wall Street, in the U.S. or in China. Chinese companies have proven to be more resilient than the market expected as the biggest impact of COVID Zero has been on small, service-oriented shops. It’s also the case that going forward, Shanghai-style lockdowns will be less likely for the economically significant cities. They mostly had gotten COVID under control during the Shanghai wave without resorting to lockdowns.

As the DIDI and BABA’s experiences showed, individual Chinese companies faces significant regulatory risk, which is why we strongly recommend clients limit exposure. It’s also not healthy when Chinese equity performance is too driven by policy leaks and government speeches, even on the positive side. The more it’s driven by sentiment and policy directives, the more we caution clients to be patient because many times, it is what’s implemented that matters for company earnings.

Second-quarter company earnings are expected to be significantly lower as Shanghai and its surrounding Yangtze River delta region are central to China’s economy. But China’s production bounce-back could also be swifter because its labor standards are more reflective of an emerging market country, which gives employers significant clout in ramping up productions.

I recently talked with Dr. Peter Luo, founder and CEO of ADAGENE, a U.S.-listed Biotech firm headquartered in China, on earnings and COVID-related challenges. Medical research is an area where the U.S. and China will likely see both more competition and cooperation.

In summary, we continue to believe China is investable and the risk of near-term Taiwan conflict is exaggerated. China’s economy, though slower and extremely uncertain this year, can still grow at rates of 3.5%-5.5%. Private Chinese companies are still driven by the strong entrepreneurial will to succeed, and we believe that’s still the most vital part of Chinese equity.