China and India Energy: Two Countries for the Same Tale?

Chinese equities, particularly offshore equities, suffered relentlessly in the headlines for their negative performance. India was the other way around: people likely remembered India’s heartbreaking pictures of its COVID surge, but not its top-performing equity market. 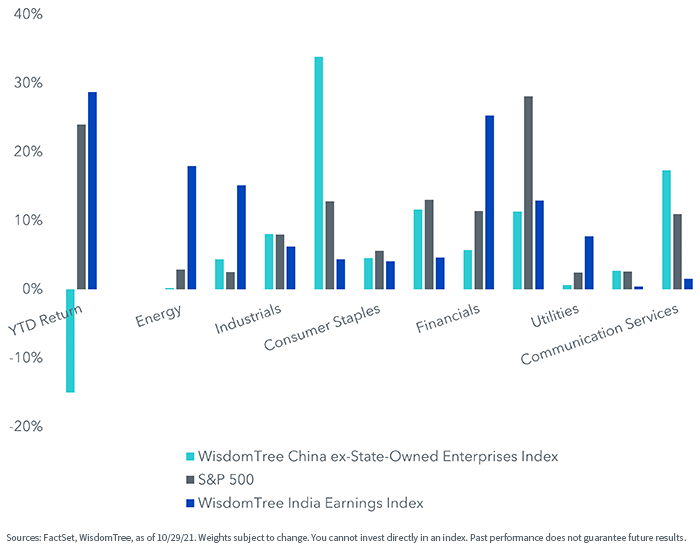 For definitions of indexes in the chart, please visit the glossary.

But when it comes to energy—particularly coal-generated electricity—the two countries are remarkably similar.

About 70% of both China and India’s electricity are generated from coal. It’s the single largest energy source, for electricity and other uses, in both countries. As shown in the chart below China has a higher percentage of coal as energy source, which expands past electricity, than India. 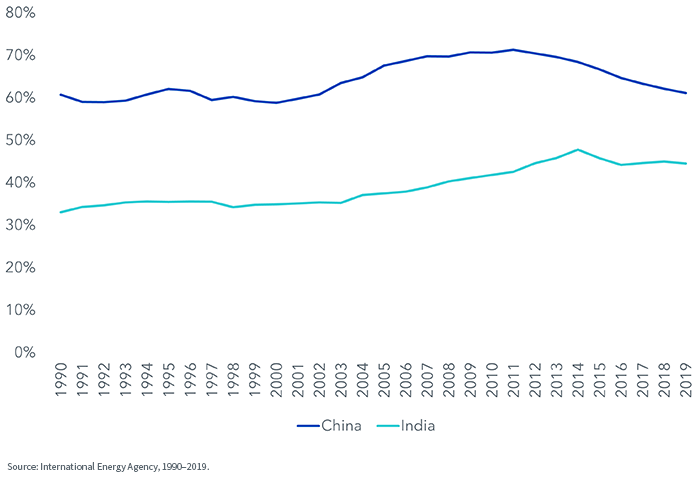 And both India and China have been increasingly reliant on imported energy, which includes coal, oil and others. 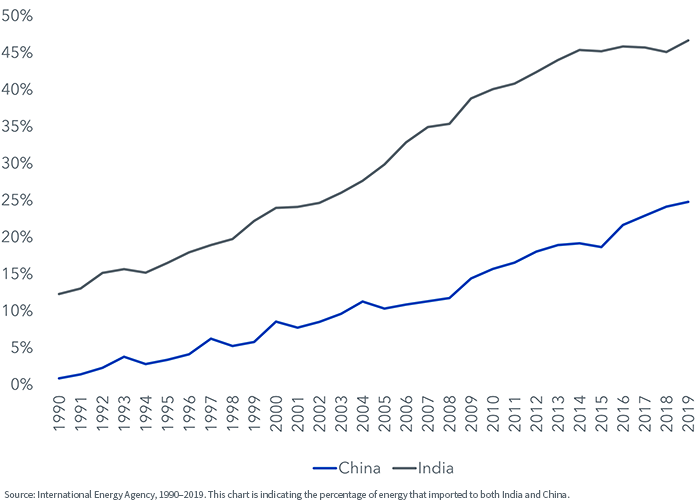 But in China, less than 10% of coal is imported. Because most top coal producers are state-owned, the government also has some power in influencing the coal price. 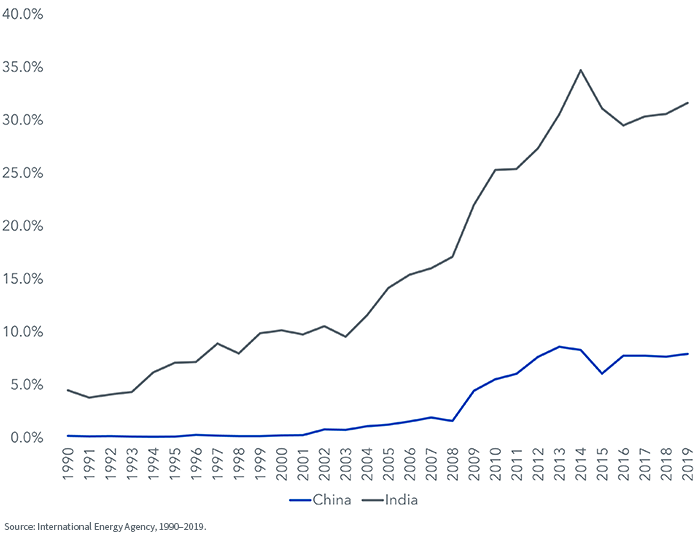 This was the energy and coal landscape in September when China was facing an electricity shortage. It was forced to ration electricity until early November, except for those companies considered highly energy inefficient, such as aluminum production.

Because China has relied on exports for its growth, which tend to come more from manufacturing than services, electricity demand has gone up significantly. Coal prices were very low in 2020 due to the pandemic, depressing coal output, and then reversed rapidly. Electricity prices are regulated, which created a perfect storm as many electricity generating companies were reluctant to generate electricity at a loss.

The following chart illustrates how dramatic electricity demand has increased after initial COVID-related economic slowdown in 2020. 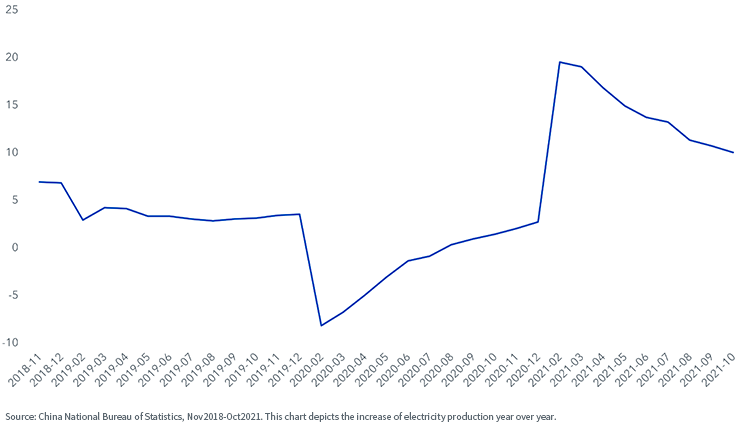 The Zhengzhou futures exchange also put limits on who, and how many, domestic coal futures contracts could be traded, reducing financial speculation. Coal prices, though still elevated, have come down significantly.

The energy crunch thus far has been alleviated, before it made real, negative economic impact, with the manufacturing official Purchasing Manager Index (PMI) dipping into contraction in October. 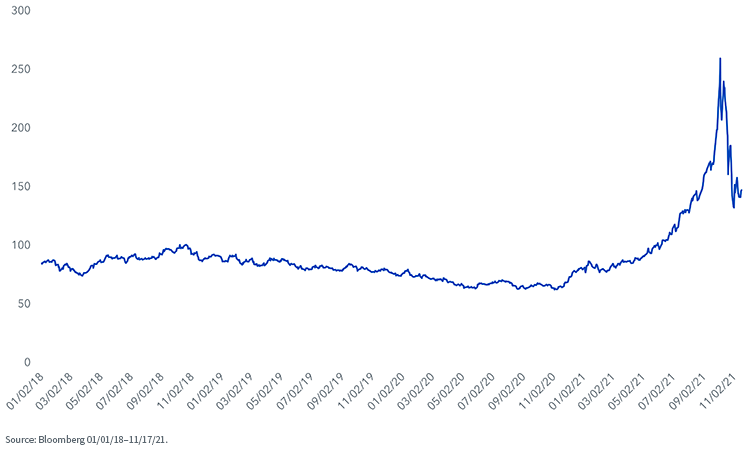 In the short term, the current Chinese energy crunch is close to being over. But in the long run, energy will continue to be the constraining factor for Indian and Chinese growth.

The more volatile the weather and global demand, the more India and China will rely on coal for energy.

As we discussed with Chase Taylor of Pinecone Macro in the China of Tomorrow podcast, electricity and energy demand, in our opinion, will not be peaking soon. It is no wonder that while China and India promised carbon neutrality in 2060 and 2070 respectively, both countries want watered down language on coal usage in their commitments and are muted on any concrete targets in the next 5–10 years.

You can listen to the full episode below: