When the song came on the radio, everyone—and I mean everyone—would muse about that distant year.

Unlike the previous generation’s “In the Year 2525,” released by Zager & Evans in 1969 to a world receptive to the prospect of a techno-dystopian future, Prince’s 1982 hit “1999” tapped the opposite emotion: the future was going to be awesome.

For most people around the end of the millennium, he was right.

The actual year 1999 was euphoric.  September 11th was still two years off—and unthinkable. European communism was dead. Elections involved a snooze-worthy cast of centrists by today’s standards; witness Bill Clinton versus Bob Dole for president in 1996. The internet would crush authoritarians, or so we thought…and holders of dot.com stocks were going to keep getting rich.

The bull market in stocks? Relentless.

Growth stocks were up even more.

Figure 1 shows the rolling 10-year performance of the stock market’s lowest price-to-earnings (P/E) value stocks against the highest P/E growth stocks. In the decade leading up to February 2000, the most expensive stocks beat the cheapest by 2.7% a year. 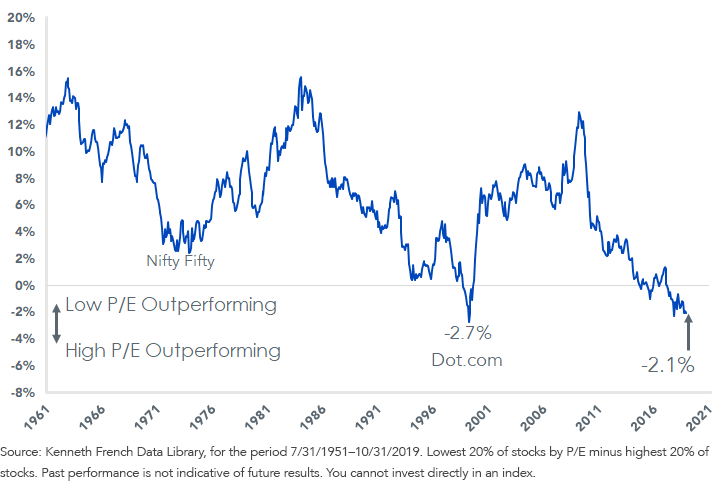 You know the chorus, but remember, too, the “The Artist Formerly Known as Prince’s” prophecy inside the song:

The trapdoor under tech and telecom stocks at the beginning of the century is etched into my brain. From the S&P 500 Growth Index’s bubble high on March 27, 2000 to its July 23, 2002 low, the index lost more than 56% while its value counterpart was down “only” 34%. It’s hard enough to come back from the latter, let alone the former.

Figure 2 shows the tug-of-war between high P/E and low P/E stocks by decade.  Value for the 2020s? 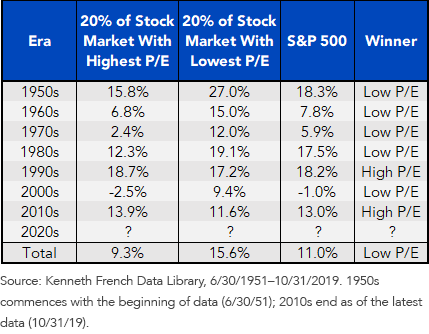 It’s hysterical: you found solid advice by putting the needle on Prince’s record in 1982, owning stocks until 1999, then selling in “2000 zero zero.”

Look at the market’s action ever since leadership switched from growth to value on August 27. Notice the inability of so-called low volatility and momentum to keep up with the broad market (figure 4). 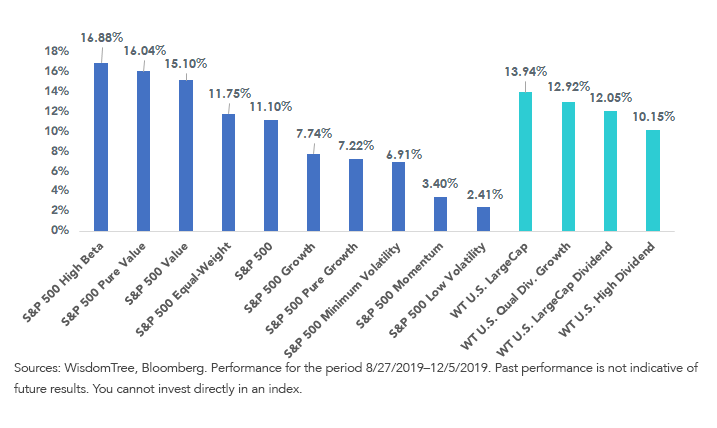 Though there’s no societal euphoria today, growth stocks have crushed value over the last half generation by an order of magnitude only witnessed during the party years.

Since late August, rising rates have been the key reason for the flood into Financials, which heavily populate value indexes. What will lead the stock market if interest rates keep running, if central banks actually put up rates?

Value may continue to be that leader, to paraphrase another Prince song, “when (monetary) doves cry.”