The Strong U.S. Dollar Is Changing the Competitive Landscape

It’s not often that markets offer currency moves that have us looking at exchange rates from the pre-Plaza Accord era.

That 1985 agreement by representatives from Germany, France, Britain, Japan and the U.S. came into being because the super strong dollar of the mid-1980s was messing up the U.S. trade deficit and keeping overseas inflation stubbornly high.

Look at the recent action in sterling (figure 1). Because the dollar continues to be relentlessly bid in 2022, the British pound is now as weak as it was in the aftermath of the Brexit vote. If things keep going like this, maybe the levels last witnessed in the pre-Plaza Accord era will be challenged. 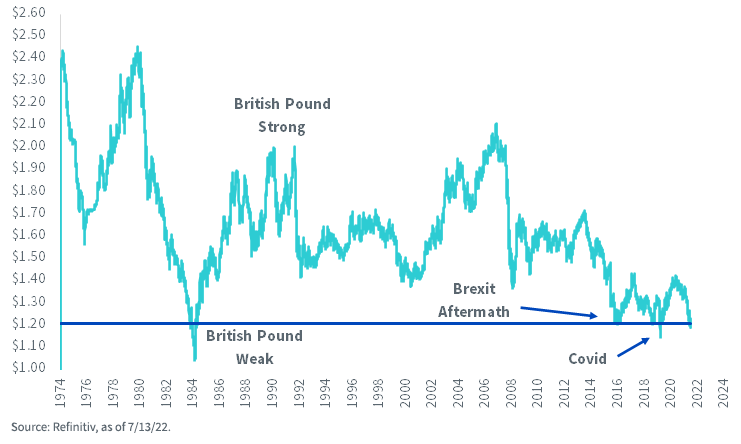 Sterling is not alone; the yen is also falling out of bed.

Though the yen is still a long way from its 1970s era weakness—when ¥200-300 per dollar was the norm—the currency is back at levels rarely seen in the last quarter-century. At this moment, the yen’s decline has it bopping around levels last seen in its 2002 devaluation, with not much room to go before challenging the 1998 weakness that came following the collapse of hedge fund Long-Term Capital Management (LTCM). 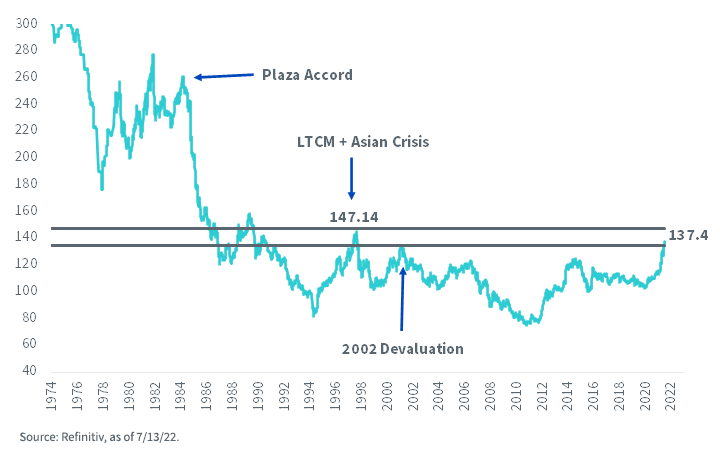 Meantime, the other big one—the euro—has achieved parity with the U.S. dollar. It just broke below its post-Brexit lows (figure 3). 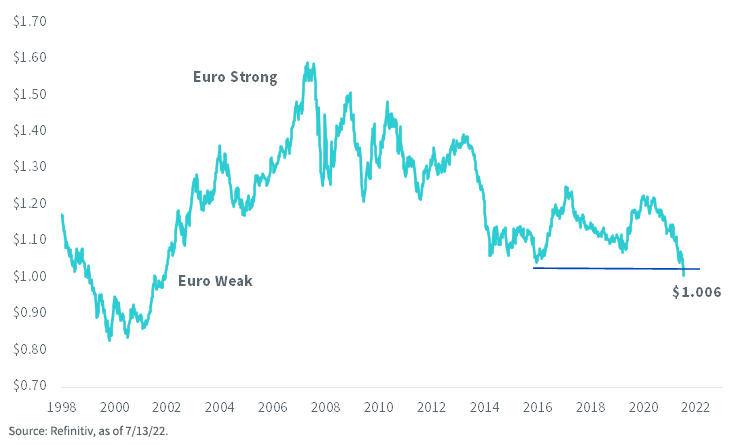 Coming out of the global financial crisis, these four majors—the dollar, sterling, euro and yen—each had CPI-based real effective exchange rates that were largely in balance. As the dollar strengthened over the years, that has changed, with EUR and JPY showing up on the cheap side on this metric. 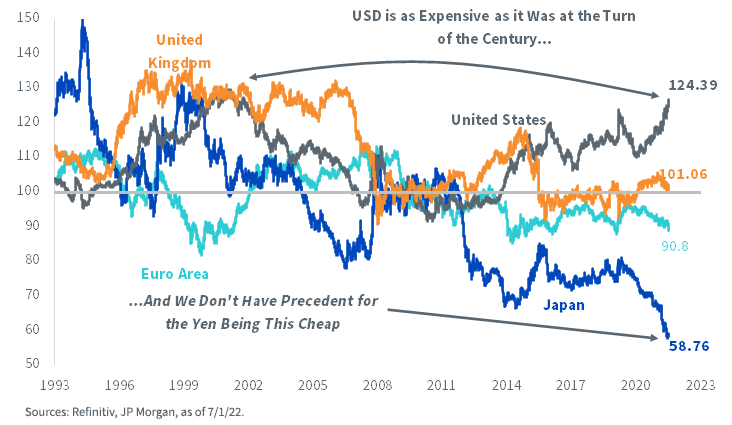 Granted, I write this as Germany is in the process of bailing out Uniper, its big natural gas user, and as Japan scrambles to figure out if it should give nuclear power a hug once again. Unless the Russia-Ukraine war suddenly ends, the energy crisis could haunt these countries in the coming months and years.

Still, there is a lot of sobriety baked into the MSCI EAFE index of developed market stocks. Hard to believe, but MSCI EAFE is currently having a conversation with its old March 2000 highs. Aside from dividends, it’s largely unchanged since then. 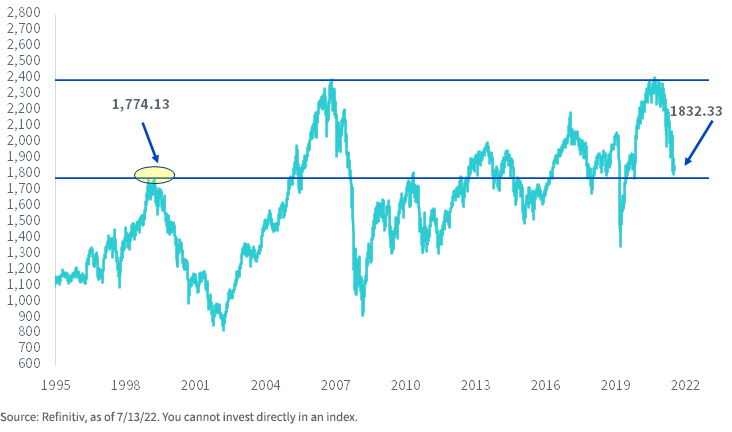 MSCI EAFE’s lost quarter-century comes in sharp contrast to the action in the NASDAQ. In figure 6, I put it next to the “Stages of a Mania” image that sometimes makes the rounds. I don’t know what the future holds, but I think about this frequently.

Figure 6: “Stages of a Mania” vs. NASDAQ Composite

If the coming years present a scenario in which U.S. stocks must unwind a bull market that got too far out of hand, maybe owning beleaguered overseas markets is the way to navigate it.

Here are three ideas for each of the currency approaches.

Rules-Based Hedging (ranging from 0%-100% for each currency)