How the Low Unemployment Rate Has Impacted the Stock Market

It’s good when the unemployment rate is low, right? Of course it is. The problem is that super-low unemployment often comes at the end of the good times, not the beginning.

It’s a bit counterintuitive. Intuition would say that abundant jobs should probably be good for returns on capital. The problem is that sub-4% unemployment rates often indicate an economy that has run too hot. Even a backup of half a point from such extreme lows is often enough to identify a recession. We only have a sample size of four, but that is what happened in 1957, 1968, 2000 and 2020 (figure 1).

Figure 1: If the Unemployment Rate Rises a Half Point from Sub-4%, Recession Probability Rises 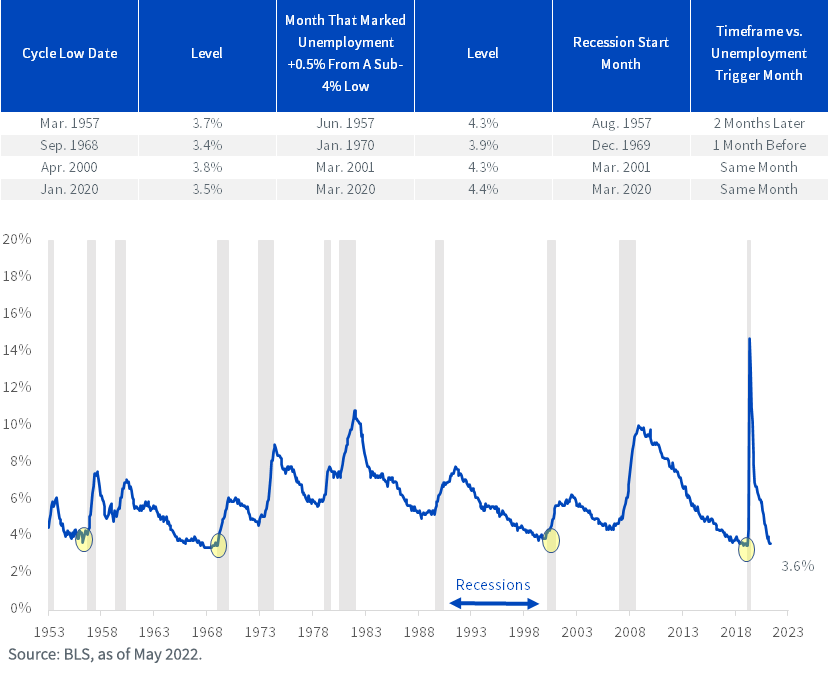 The last three unemployment reports came in at 3.6%, and for all I know, maybe the next ones will tick even lower.

But what if they don’t?

After all, I cannot just look the other way on a string of hiring freezes or outright layoffs that were recently announced at Tesla, Salesforce, Uber, Snap, Facebook-parent Meta, Instacart, Coinbase, Gemini and Microsoft, among others. To be fair, hiring plans at Fidelity, Ford, Subway and JP Morgan indicate that there are big-name firms actively recruiting right now too.

The summer kicked off with the much-anticipated Job Openings and Labor Turnover Survey (JOLTS), which reported—again—more than 11 million job postings in the U.S. Subtract from it the number of unemployed, and the result is off the charts (figure 2). However, take out a microscope and note that it may have peaked this spring. Inflection points matter. 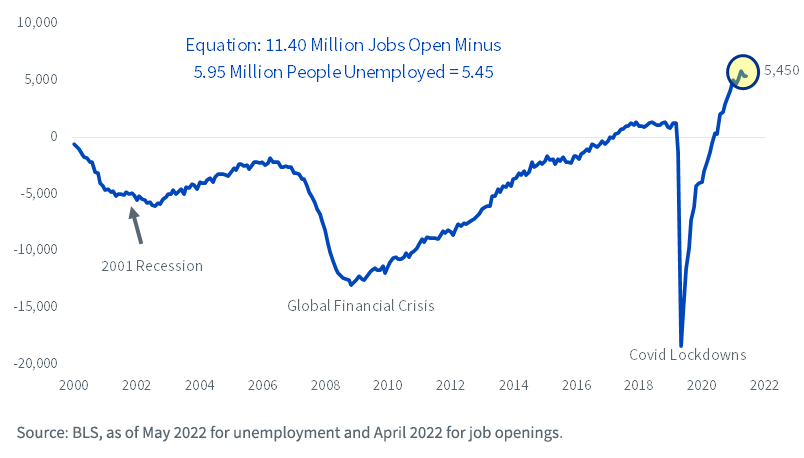 The 390,000 jobs created in May amounted to a solid report, a sigh of relief for a country battling stubbornly high gas prices and $7 Cheerios. Many on the Street, myself included, were bracing for disappointment that did not come to pass.

There are some positive portents that could give the system a little electricity.

For one, China let millions of people finally leave their apartments. For shuttered factories, that means activity has gone from zero to normal with the flip of a switch. Not a moment too soon for the disaster that persists in the global supply chain.

OPEC had also been increasing oil supply by an extra 400,000 barrels per day with each passing month, but the cartel recently announced that it would goose that figure to an extra 650,000 barrels per day. That is much needed considering the $6–$7 per gallon drivers are paying for gasoline in our most populous state, California. Where I am, Illinois, the dreaded “6-handle” has hit many gas stations.

But OPEC’s supply boost may be too little, too late.

In four of the last five serious plunges in the Michigan Consumer Sentiment Index, the economy was either in or heading into a recession. It makes me think the next stop on unemployment is 4%, not 3%. 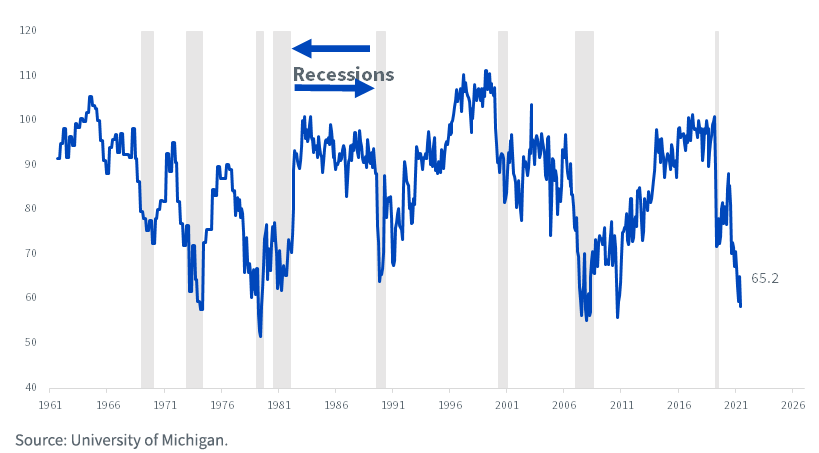 Here is another unnerving metric: the National Federation of Independent Business (NFIB) survey’s question about sales outlooks. The ranks of small businesses that anticipate their sales will decline in the next six months keep swelling. 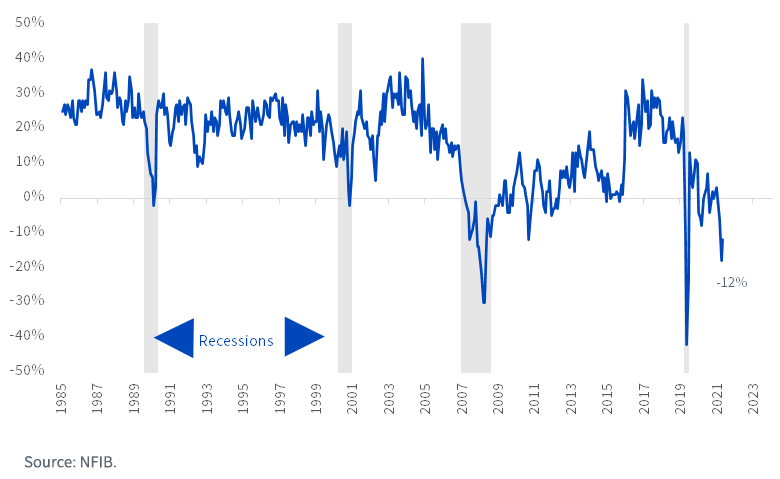 This calls into question whether 3.6% unemployment is a “good” thing for what we are trying to do, which is make money in the stock market. Not if you are of the view that sub-4% unemployment means we are near the cliff’s edge. 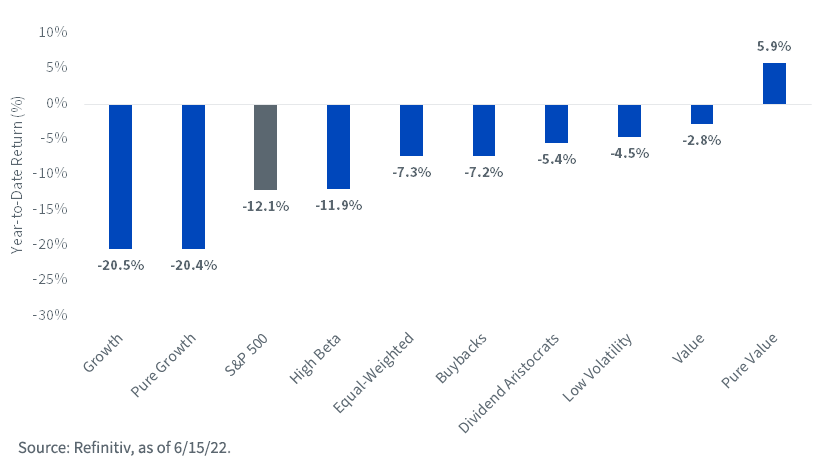 I suspect that these forces will remain as key drivers, notably because I don’t think the Street is fully appreciating the risks that could be coming in both housing and the labor market. To the extent that the market needs to spend this summer, and maybe beyond, digesting some unpleasant surprises on these two fronts, it seems to me that a “stay the course” view makes the most sense.

That means low volatility and high dividend concepts instead of trying to be a hero in growth stock land.