Dislocations in the FX Markets and What They Mean for You 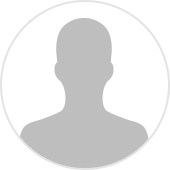 
An unusual opportunity has emerged for U.S. investors because of the breakdown of the no-arbitrage condition called covered interest rate parity. The interest rate differentials embedded in foreign exchange (FX) forwards have begun to diverge significantly from the interest rate differentials in the local money markets. This is for a number of reasons, primarily the demand for the U.S. dollar as a funding currency. This divergence tends to reward long dollar positions—i.e., currency hedging foreign equities, especially for Japan. The commentary below gives more background on these developments and why there is some extra motivation and carry to be earned from hedging the yen today.   Higher Levels of Carry to Be Earned from Hedging Over the last few years, an expanding basis between currency markets and unsecured money markets has provided an advantage to U.S. investors hedging foreign assets back to dollars, and this continues to present opportunities for the careful investor. In theory, a no-arbitrage condition called covered interest rate parity underlies the pricing of currency forwards: if currency X has an annual interest rate 1% higher than currency Y’s, then a one-year forward would price in a 1% depreciation of currency X relative to the current spot rate, according to this condition. Otherwise, a market agent could take perfectly opposing positions—one in the currency forward market, one in the corresponding money markets—and make a profit. Until the financial crisis, this parity condition generally held. Banks were the main agents of this arbitrage between the unsecured money markets and the currency markets. In a gradual development over the last few years, however, the ability of these banks to exploit this arbitrage has been curtailed, and so the parity has disappeared.   USD-JPY Cross-Currency Basis, Three-Month Tenor Three Changes Causing Expanded Carry Among other things, the cause of this lies in three main changes. First, new banking regulations (primarily the leverage ratio provisions in Basel III1) have restricted the ability of banks to employ their balance sheet in low-margin activities such as rates arbitrage. Second, LIBOR no longer accurately reflects the price at which unsecured borrowing and lending occurs. Not only have there been fraudulent manipulations of the LIBOR rates, but also the unsecured interbank funding market has been declining in prominence compared to other unsecured markets, particularly those between banks and their customer money pools and between banks and sovereigns. Thus, even to the extent that LIBOR is a true indication of the interbank rate, it no longer accurately captures the costs of unsecured borrowing for a bank. Third (and more recent), prime money market fund reform in the U.S., the next pillar of which will be implemented by October 17, has increased the share of secured funding compared to unsecured, which allows fewer opportunities for arbitrage. These three factors have combined to introduce a basis—the difference between the theoretical cost of the borrowing/lending, which corresponds to an FX forward position and the actual cost of these forwards. This basis varies as these factors (and others) interact, but overall can be said to correspond to the currencies’ relative demand as funding currency. Generally speaking, demand for dollar funding has been high, creating a positive basis for long dollar positions in the currency markets. Thus a U.S. dollar-based investor has achieved a better interest rate from foreign investments hedged back to dollars than would be implied by a simple transfer of risk-free or unsecured rates, which already favor long dollar positions against other major currencies (euro, Japanese yen, British pound, Swiss franc). This is shown for the yen below. This higher carry earned from hedging the yen is perhaps extra motivation and consideration for U.S. investors to adopt a currency hedged Japanese equity strategy.   USD-JPY Interest Rate Differential Decomposition Annualized interest rate as of September 15, 2016         1Basel III includes the liquidity covered ratio, the net stable funding ratio, and the leverage ratio framework.

This article was reprinted with the permission of Record Currency Management. WisdomTree is not responsible for its content and has reprinted this article to be viewed as informational. The information provided to you herein represents the opinions of Record Currency Management and is not intended to be considered a recommendation to participate in any particular trading strategy or deemed to be an offer or sale of any investment product, and it should not be relied on as such. Past performance is not representative of future results.

Neither Record Currency Management nor WisdomTree nor any other party involved in making or compiling any information makes an express or implied warranty or representation with respect to information in this article.