Relative to Japanese large caps—an important comparison as both indexes are measured in U.S. dollars and the risk-off nature of the yen dampens volatility relative to local currency returns—small caps had only modestly higher volatility in the most recent period, but they have had lower volatility over most of this time frame. 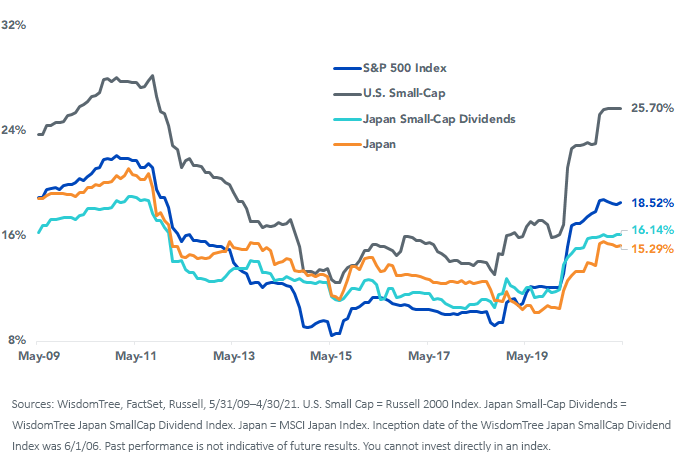 The Russell 2000 consistently prints correlations to the S&P 500 above 0.9. The Japanese small cap market is one of least correlated to the S&P 500, even though it has risen from as low as a 0.16 correlation.

The lower correlation and lower volatility yield a beta to the S&P 500 that consistently has been roughly half that of the U.S. small-cap market. If looking for market exposure with less S&P 500 beta, Japan small caps represent that. 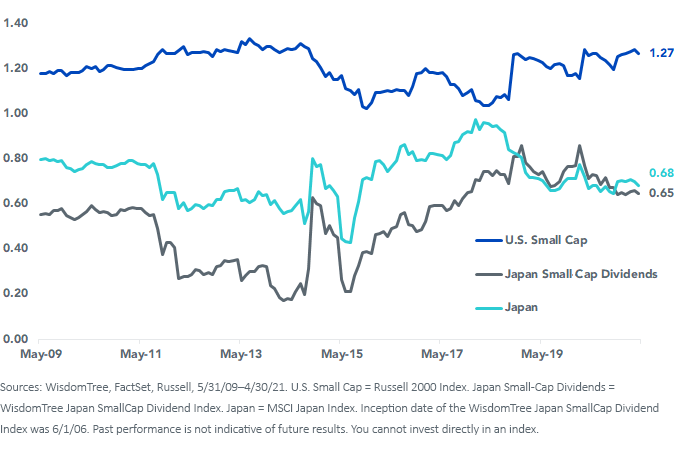 What Contributes to the Lower Vol?

For one: dividend payers.

What is more, their dividends were more stable during the COVID-19 pandemic than U.S. small caps that were slashing dividend payouts. This was partly because Japanese companies have more cash on their balance sheets and more conservative payouts to cushion dividends from cuts. 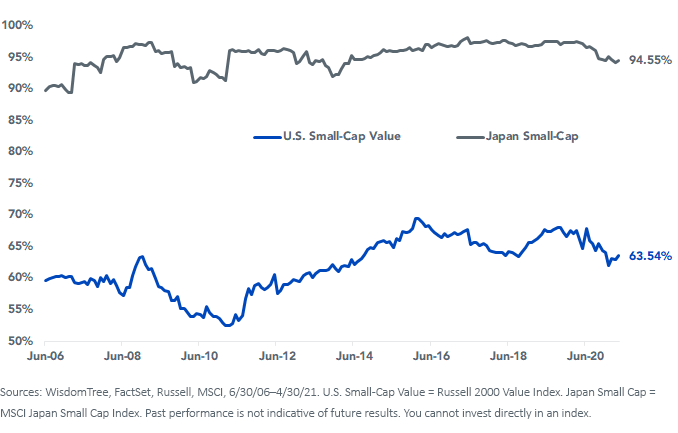 If you go back a decade, the average dividend yield of U.S. small-cap value stocks was higher than that of Japanese small caps. No longer—and the gap has widened considerably with strong dividend growth in Japan. 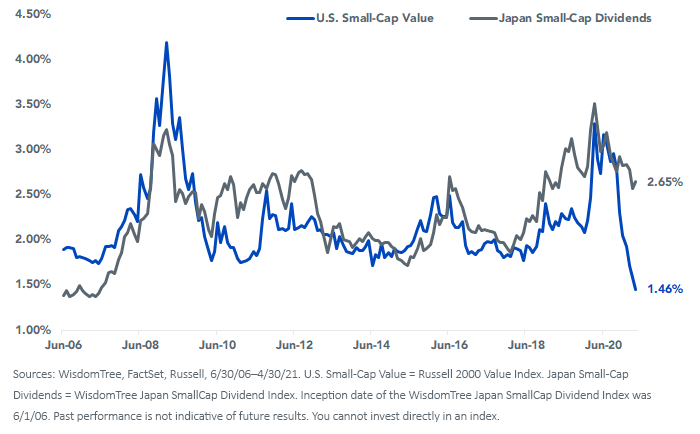 Another factor that contributes to lower volatility is net share buybacks. The net buyback yield for U.S. small-cap value stocks has been consistently negative, and increasingly so in recent years. This means these companies are net share issuers, diluting existing shareholders.

Japanese small caps on the other hand are net share purchasers, in addition to having higher dividend yields. Share buybacks can dampen volatility by providing a source of demand to offset selling when uncertainty picks up. 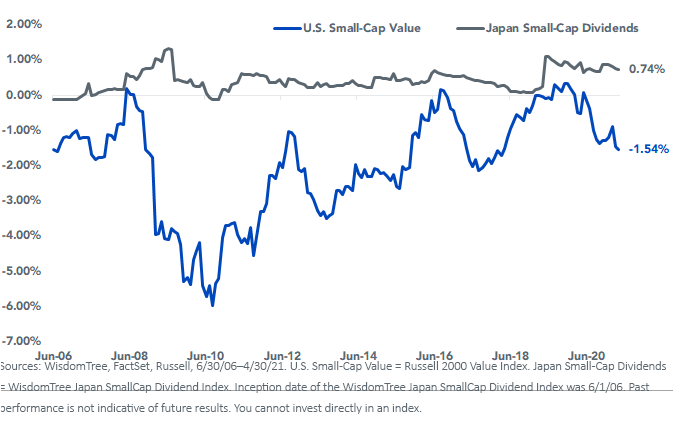 While higher dividends and share buybacks may be contributing to dampened volatility for Japanese equities, the price-to-earnings ratio gap is also widening between the two markets—partly driven by more money-losing companies in the U.S. value segment. 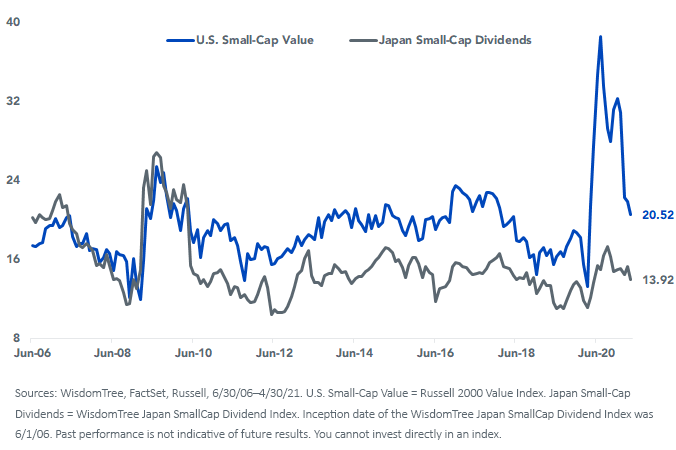 The Japanese domestic economy is one of the most sensitive economies to global economic prospects. This has the negative consequence of choppy economic growth for the Japanese economy and has hampered valuation expansion in the country’s equities.

With that said, corporate profitability has improved significantly since 2012, and has been substantially higher than for U.S. small caps. 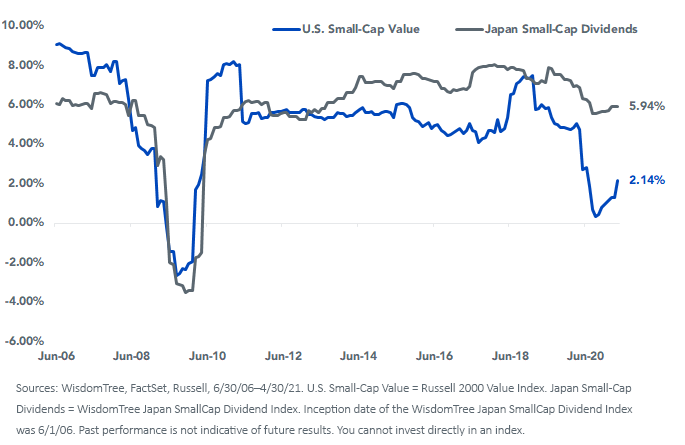