For a company the size of Berkshire Hathaway, with nearly $900 billion in assets, the $6 billion investment was relatively modest.

Perhaps because the amount is just a rounding error for Berkshire, the investment garnered little public attention. There was initial optimism from some—like one article from the Financial Times titled “Why Warren Buffett could lead other money managers into overlooked Japan”—but that attention has waned.

And equity flows from international money managers certainly haven’t followed Buffett’s lead. While there’s been a pickup in recent weeks, the cumulative ¥1.4 trillion (about $13 bn) pales in comparison to the nearly ¥16 trillion in investments made in 2013, the last year of significant foreign investor flows into Japan. 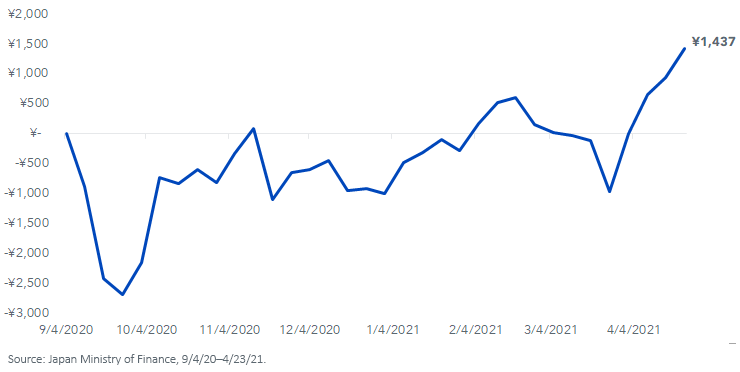 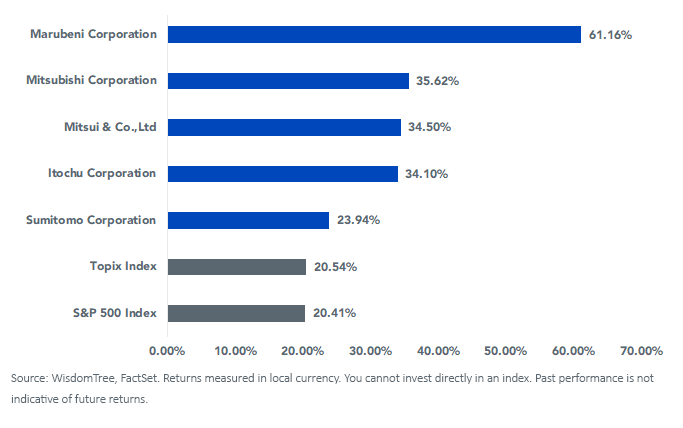 As we noted in a recent post, Japanese equities have had a strong stretch of performance since the end of August. While this outperformance has largely been driven by its tilts to more economically sensitive sectors like Financials, Industrials and Consumer Discretionary, the government’s robust fiscal and monetary response has also been a tailwind.

Combined Fiscal and Monetary Response as % of GDP 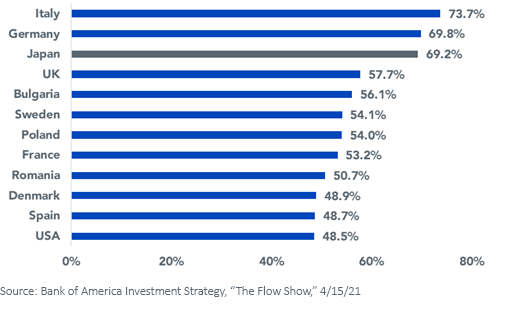 But in the past few weeks, the Japanese stock market’s reflection of optimism for a global economic rebound has met challenges.

The country’s largest cities again entered lockdown phases to control the spread of the coronavirus. This was done to prevent a rapid spread of the virus during the “Golden Week” holiday from April 29 to May 5. 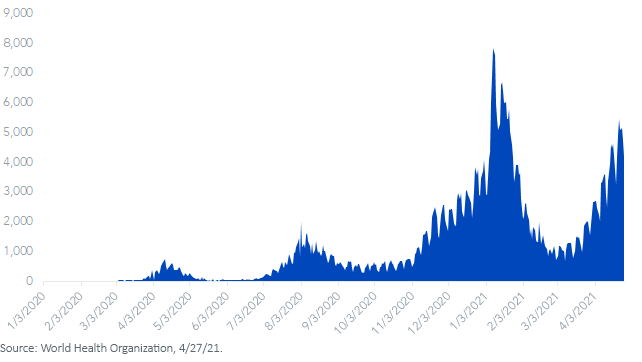 The virus is taking hold while the government has been among the slowest in the world to roll out vaccinations. 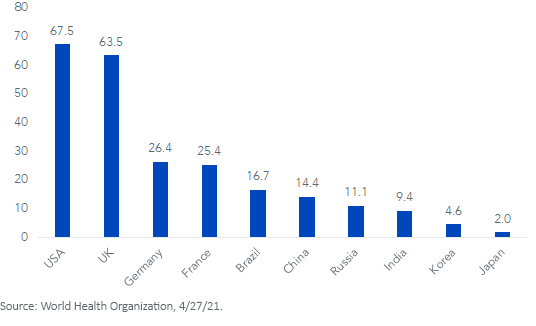 The double whammy of rising cases and a slow vaccination campaign have combined to pump the brakes on the recent outperformance of Japanese equities.

If the past year has taught investors anything, it is that current trends in virus case counts can be wildly disconnected from stock market performance. For investors worried about low forward returns from high valuations in U.S. markets, Japanese valuations continue to present attractive relative discounts.

While valuations tell us little about the prospects of relative performance over the next six-to-12 months, they tend to matter greatly over time horizons of five-to-10 years.

And Japan’s recent challenges on the virus front—which we all hope swiftly reverse—have created opportunity for investors. As Warren Buffet is famously quoted as saying: “Be fearful when others are greedy and greedy when others are fearful.”

While there are any number of markets to point to in the world today that look downright greedy, Japanese equities have signaled at least a touch of fear.

Japan Securities Risks:
There are risks that are involved when investing in Japanese securities.  Japanese economy has only recently emerged from a prolonged economic downturn. Economic growth is heavily dependent on international trade, government support of the financial services sector and other troubled sectors, and consistent government policy supporting its export market. Slowdowns in the economies of key trading partners such as the United States, China and/or countries in Southeast Asia, including economic, political or social instability in such countries, could also have a negative impact on the Japanese economy as a whole. Currency fluctuations may also adversely impact the Japanese economy and its export market. In addition, Japan’s labor market is adapting to an aging workforce, declining population, and demand for increased labor mobility. These demographic shifts and fundamental structural changes to the labor market may negatively impact Japan’s economic competitiveness.

+ Japan: Opening Up the Playbook