Dividend payouts have been under pressure globally.

Despite the U.S. experiencing historic dividend cuts in just a few months’ time, it has fared better than most major international markets.

Suspensions and dividend cuts that were announced in the first half of this year will weigh on S&P 500 dividends during the second half of the year. But through June, dividends were modestly above last year’s payouts over the same period.

Japan’s payouts are down roughly 5%. By comparison, Europe dividends have been nearly cut in half.

Dividend Income on Investment of 10,000 for First Six Months – January through June 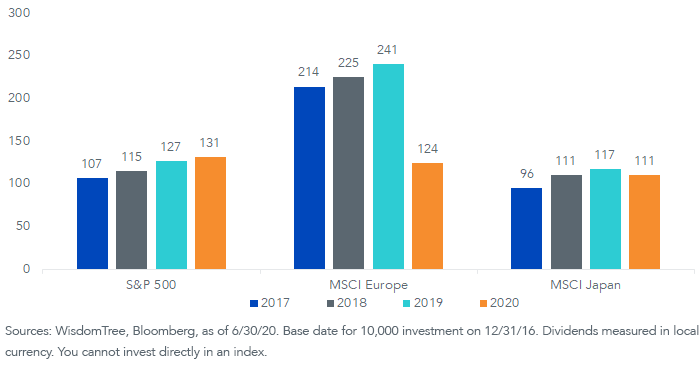 Let’s review some of the main drivers of differences across regions that have contributed to the relative resilience of markets like the U.S. and Japan as compared to Europe. 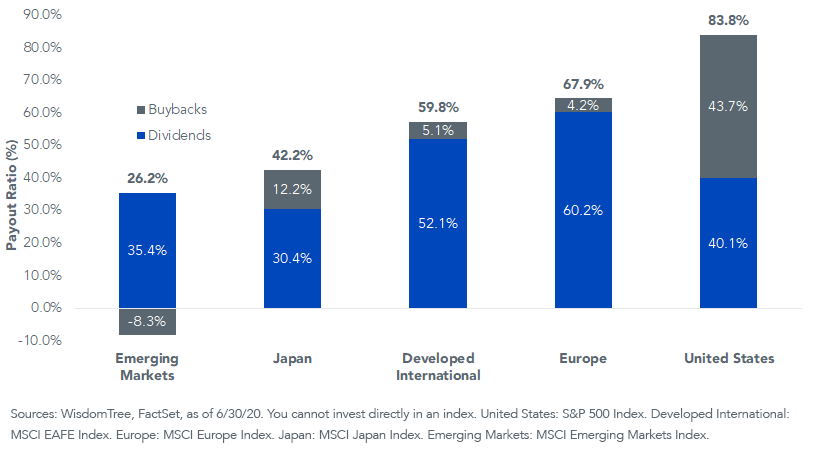 3. Timing and Frequency of Payouts 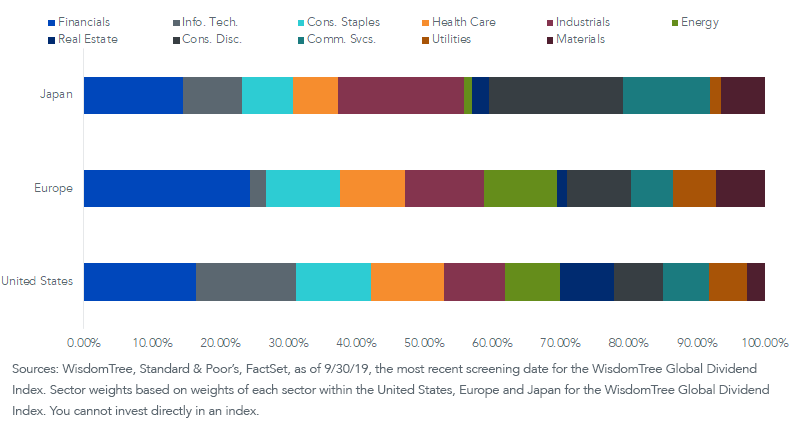 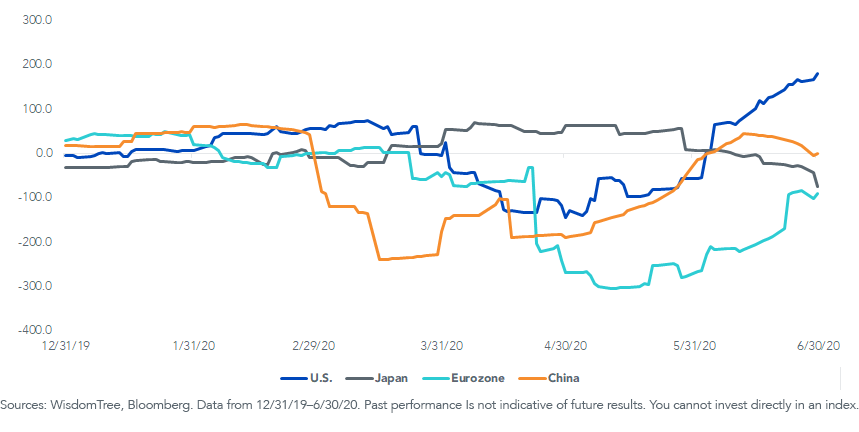 While some of these factors are structural—payout ratios, dividend seasonality, sector differences—others were harder to anticipate, such as political and regulatory responses and the path of economic re-opening.

In the near term, dividends look to be safest in the U.S. This safety in part explains why dividend yields are also lower in the U.S. than in other markets.

Europe has the riskiest dividends, which brings with it the highest yields.

The bear case for Europe would be a second wave of COVID-19 that requires new shutdowns. The bull case would be no second wave, a healthy improvement in economic conditions and the payment of annual dividends in the fall that were suspended or cancelled this past spring.

The extreme uncertainty for the path of recovery for the global economy from the COVID-19 pandemic favors a well-diversified global portfolio for harvesting income. 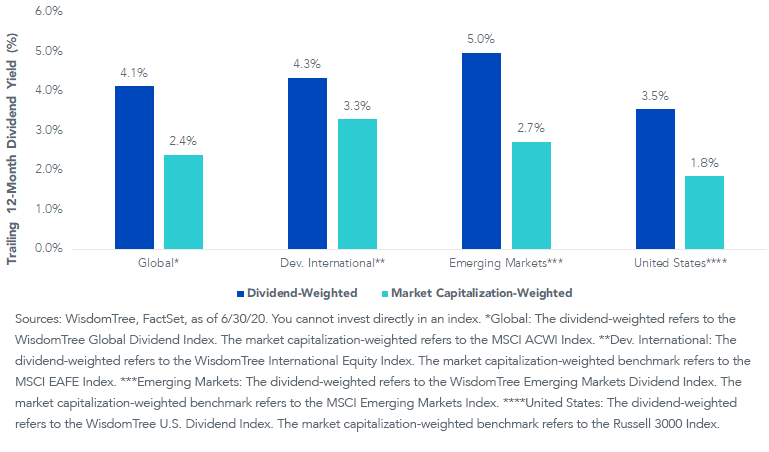